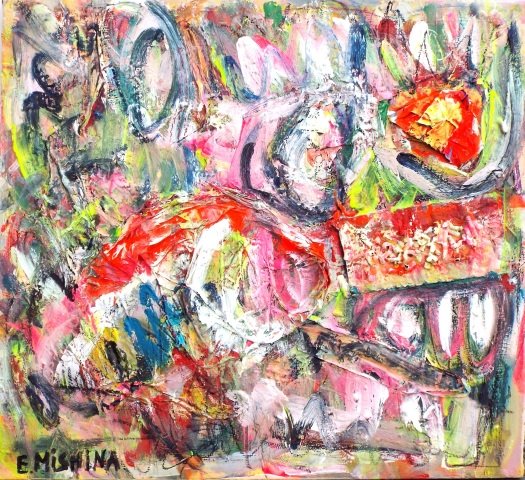 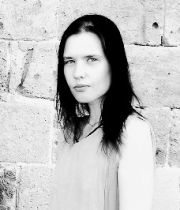 Media Mixta sobre Lienzo
Medidas: 71 ancho x 64 alto cm.
Año: 2018
Listo para colgar
Part of a series for "Anatomy of Sin" - a multi-faceted sole contemporary art exhibition, featuring paintings, installations, ceramics and original poetry.
Since the fall of Adam the concept of without becoming an integral part of human nature. This poignant topic has occupied the minds of spiritual Fathers, philosophers, writers, artists and poets from the onset of human existence. Despised and feared by some, while glorified by the others and oftentimes merely neglected and overlooked, without having been invisibly woven into the fabric of societies, cultures and individual perception.
In my work I have attempted to develop a new visual language, arriving at an "intuitively accidental" approach that allows abstract images and random markings to simply "appear", forming a disorderly chaotic synergy which marries ambiguity with symbolism, multilayered complexity of expression with simplicity of form, two-dimensional with three-dimensional. Ultimately anthropomorphic imagery becomes disfigured alluding to decay.
Utilizing contemporary materials, acrylics, spray paint, pastels, markers and recyclables in a series of mixed media works has allowed me to reference the "grunginess" of graffiti saturated environments, suggestive of the urban culture and consumerist society that we live in today, thus , offering a new take on this age-old concept 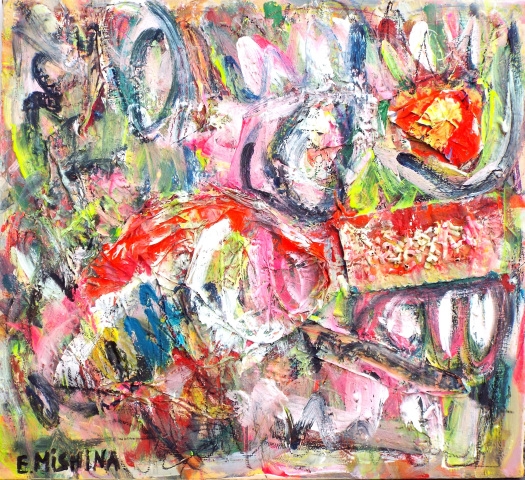